Sometimes the most shocking surprises are also the most beautiful surprises. – Lori Wilhite 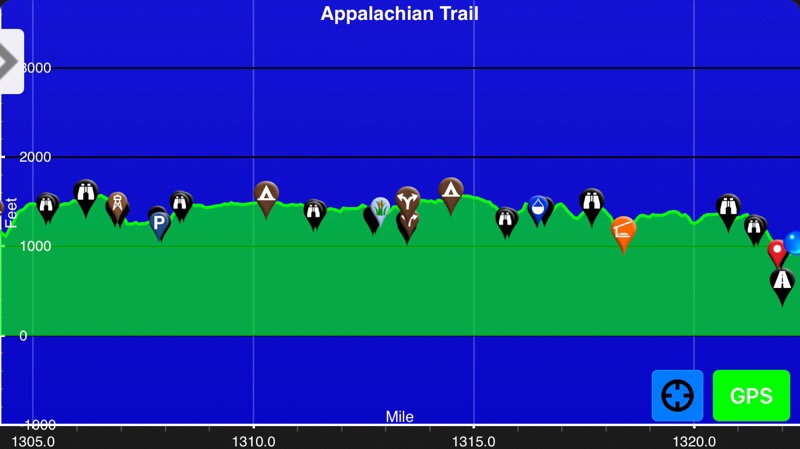 My day started late! 7 AM! It was not so much becau se I was tired it was because it was cold outside. It was so warm and snuggly in the RV, that it was hard to take that first step out the door. When I started hiking at 7 AM it was 55°. 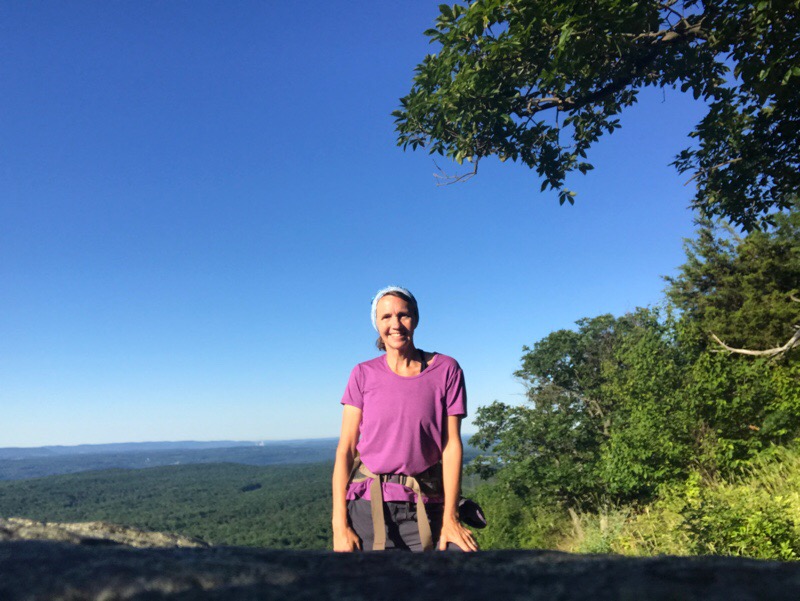 The views started right away as I walked along the​ ridge of the mountain. New Jersey spread before me like a painting—oh so pretty. 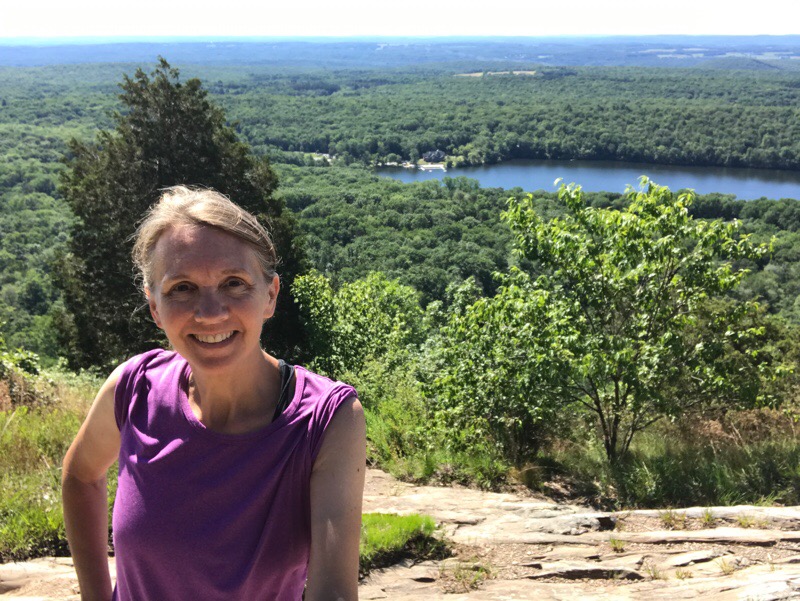 My next stop was at Fairview Lake overview. It’s a very picturesque lake in the middle of the woods and home to a couple of Boy Scout camps. 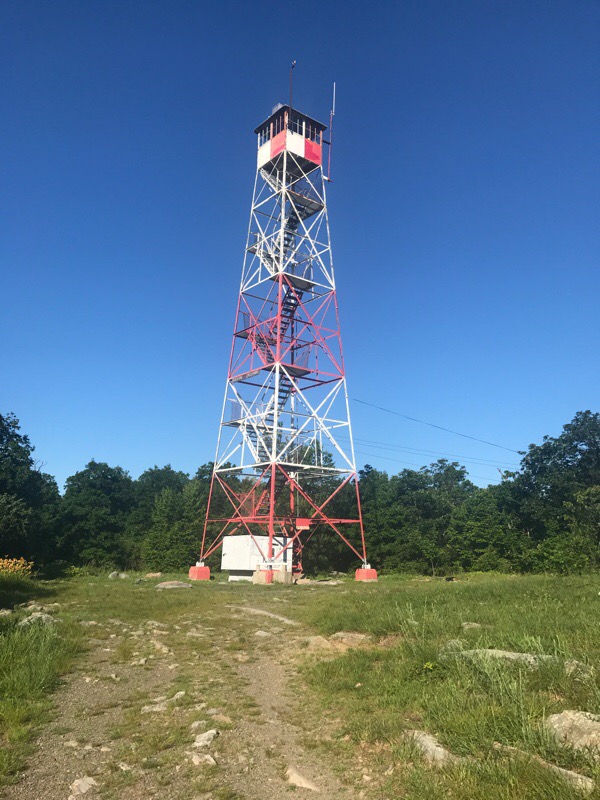 Then I came upon Catfish Fire Tower. I had to climb the tower of course and take a look! I do so love a good 360° Panorama. The views were absolutely stunning.

Then it was down off the ridge to beaver pond outlet. It was covered with Lily Pads with flowers blooming. And the frogs! They were croaking away in a symphony that that mother nature herself wrote. 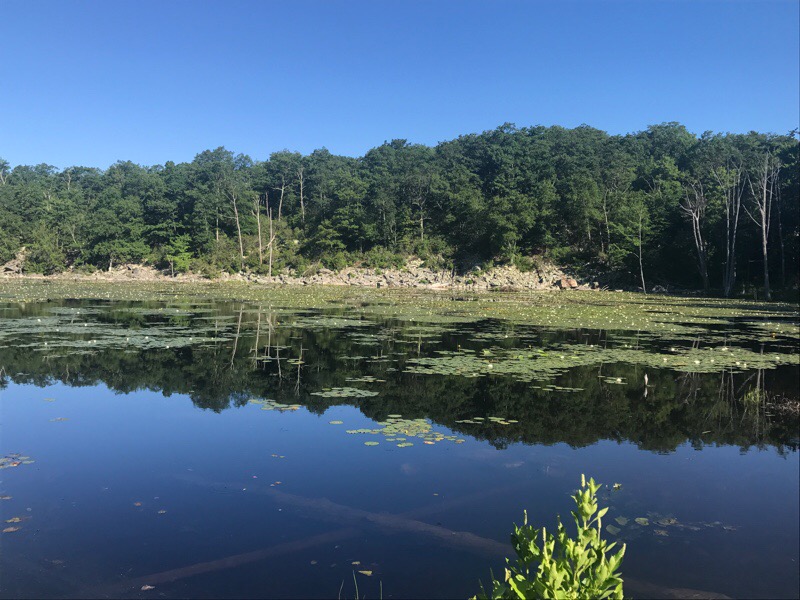 (An aside – I use voice text to type while I hike. If I don’t write part of it during the day I feel like I missed some really great parts of the hike and then I finish it at night. It’s one reason my tenses are so screwed up.)

So I was writing/talking the part about the frogs, when I saw in my peripheral vision someone was on the trail. I looked up to say hello and 15 feet in front of me on the trail  was the largest black bear I’ve ever seen. I stopped in my tracks and said “Hey bear.” I think I’ve watched too many episodes of history channels Alone. They always say “hey bear” and it just came out naturally. The bear turned around and ambled off. I tried to get a picture, but to be honest it was a second thought and my heart was racing. 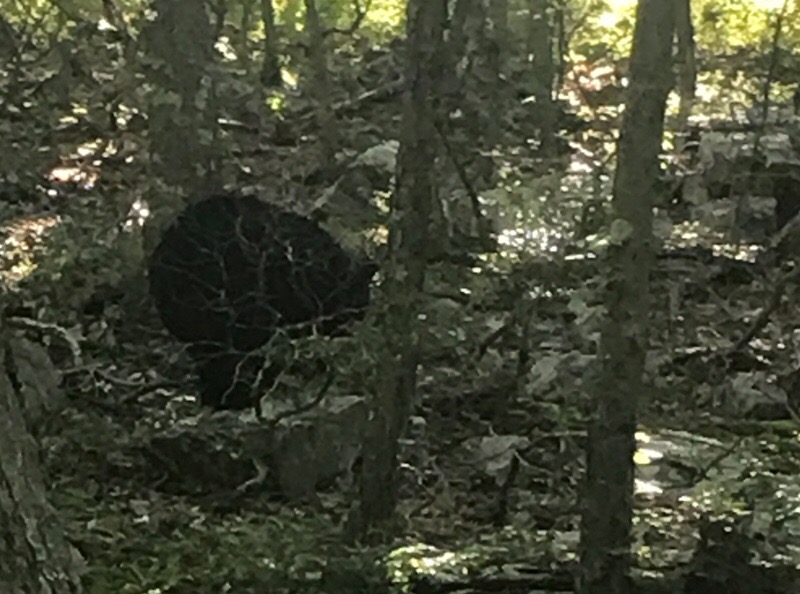 I will tell you that they are absolutely gorgeous creatures. The power that they show even as they walk is intimidating. 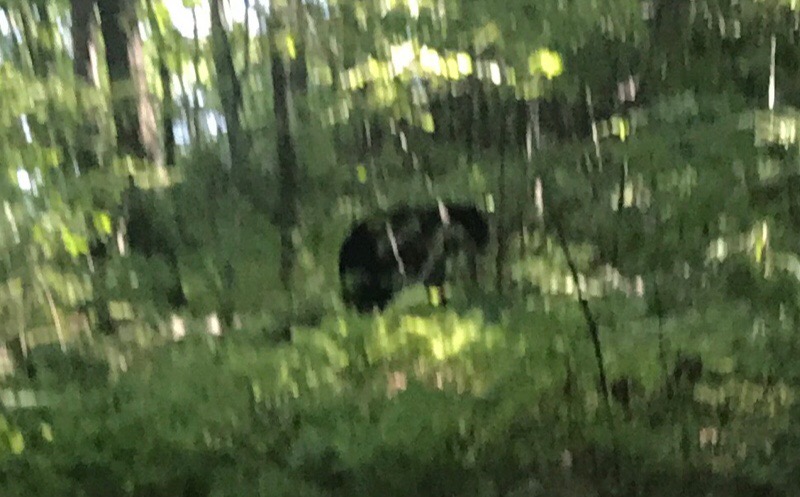 It was 9 o’clock so I thought it was OK to turn on my music. Frank Sinatra went back on to keep the Bears away. 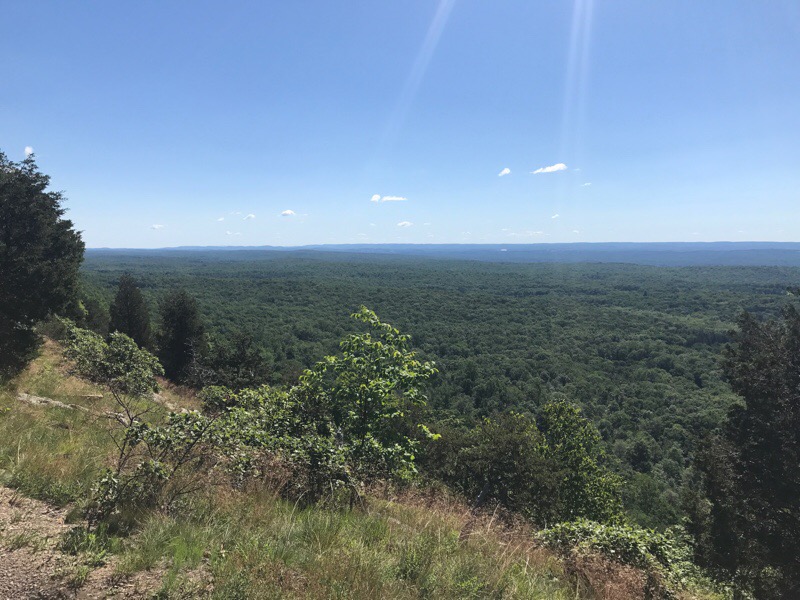 I passed by another pond. I have to tell you the Lilly pad’s just fascinate me with their lone flower that closes up at night. It makes me want to put a pond in the backyard. 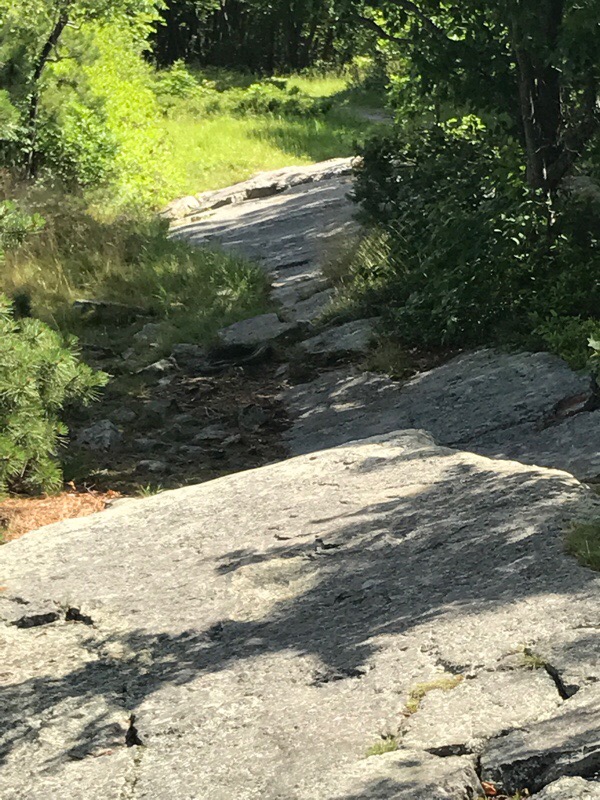 The rest of the day was walking along the ridge of the mountains. At one Vistapoint I met Tucan. He hiked most of the trail last year but still has two states to go. We had a nice chat about cameras and photography as we sat and enjoyed a view that was pure heaven.

The clouds are making everything just that much more dramatic. 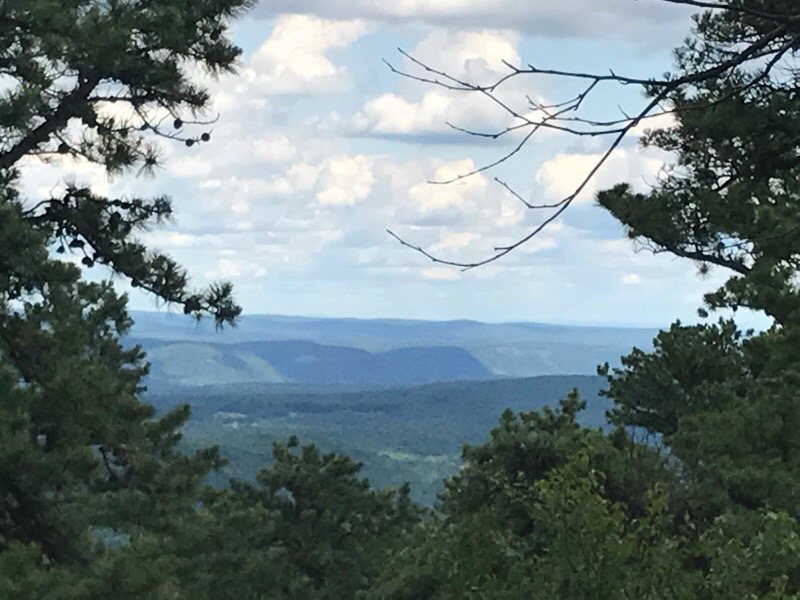 It’s very hard to describe how cool the trail is. There are points were you have to climb, others that you have to scramble, and some you get to walk along the most beautiful path in the world. 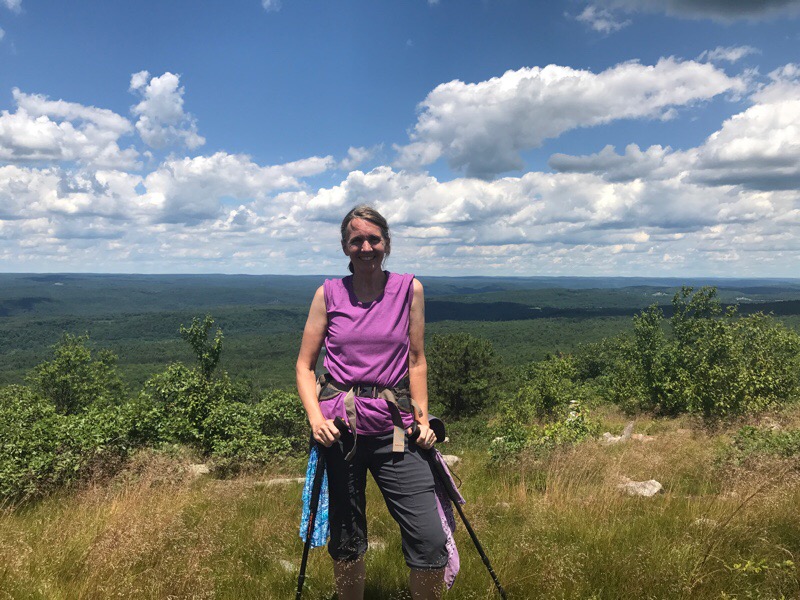 I am fortunate I get to hike it.