Mountains have a way of dealing with overconfidence – Nemann Buhl 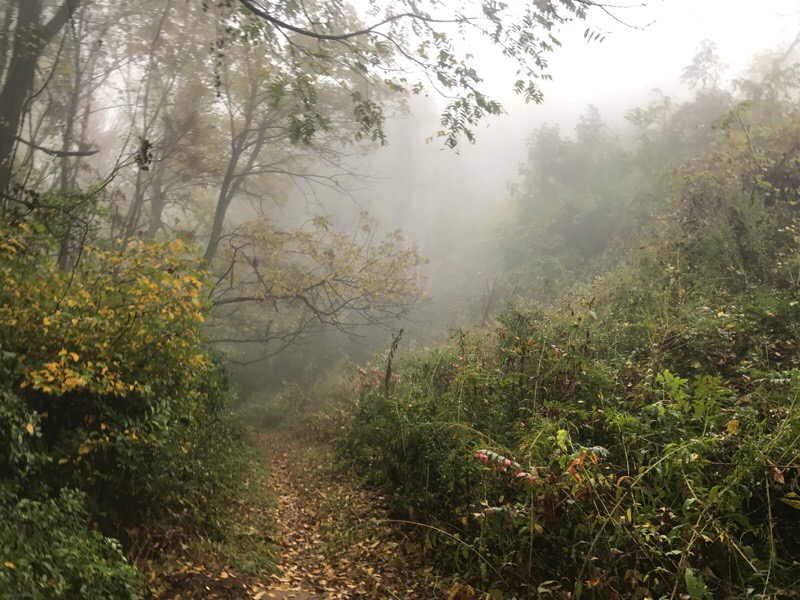 I started the day in fog and drizzle. The fog continued up until the last hour of my hike. The drizzle was on and off most of the morning. Not the greatest start for the last part of this journey.

I met this little guy about an hour in. He was sitting right in the middle of the Trail- I moved him off. 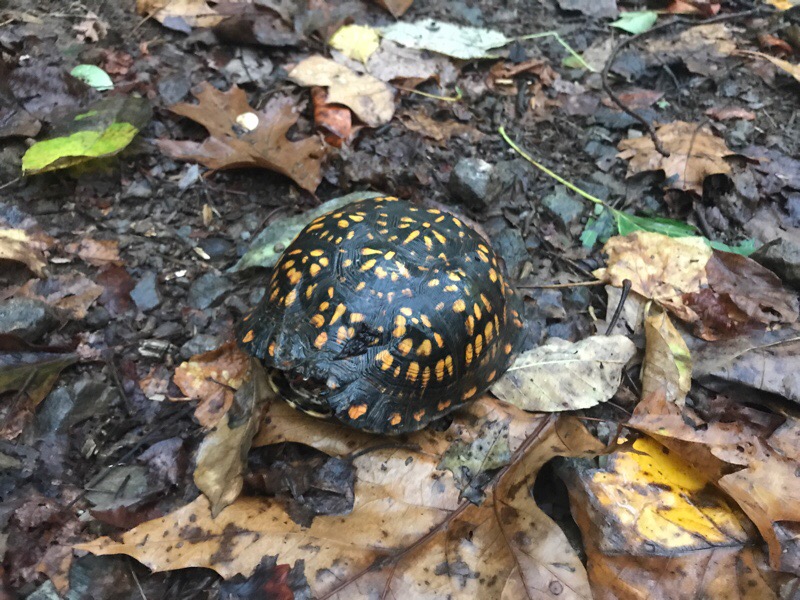 Next I came across an old homestead ruin. The chimney was about the only thing left. There were some foundation stones , but not many. 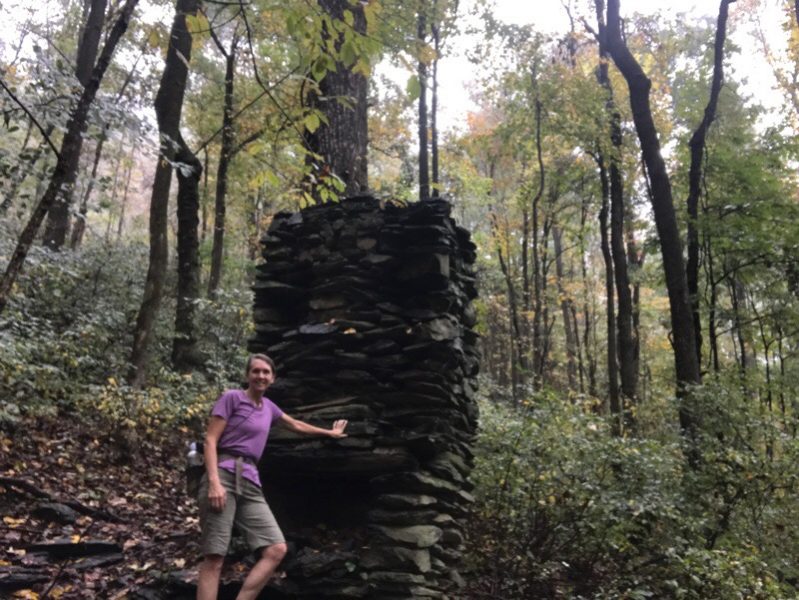 The trail then passed an old graveyard. The headstones were very thin and very small. Someone had put a plaque up saying the graves belong to the Lowe family. Almost all of the writing on the headstones was unreadable.

I came upon Trival and Ozzie while they were taking a break. They remembered me from up North. They said Hugh and I gave the popsicles!

Even though it was foggy all day and misty at times, the temperature was great. Not once in the entire day was I cold. I would even go so far to say I was hot part of the time. 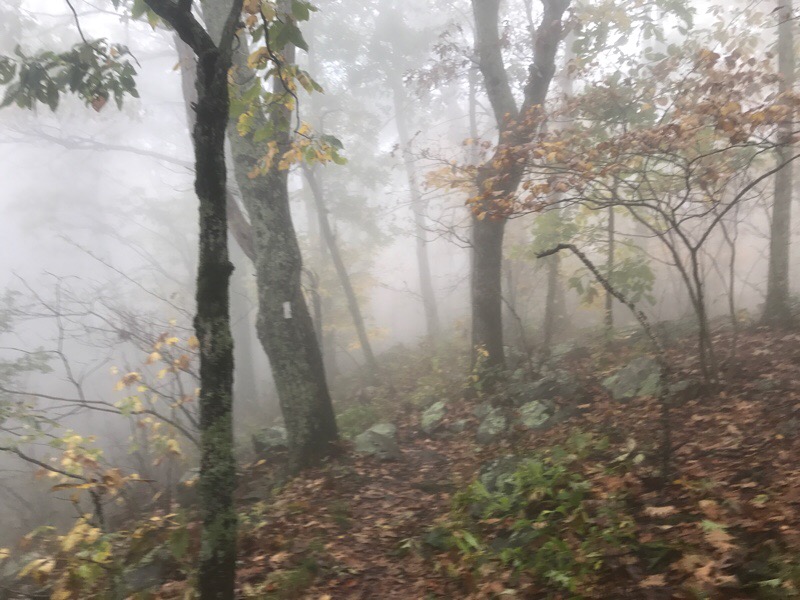 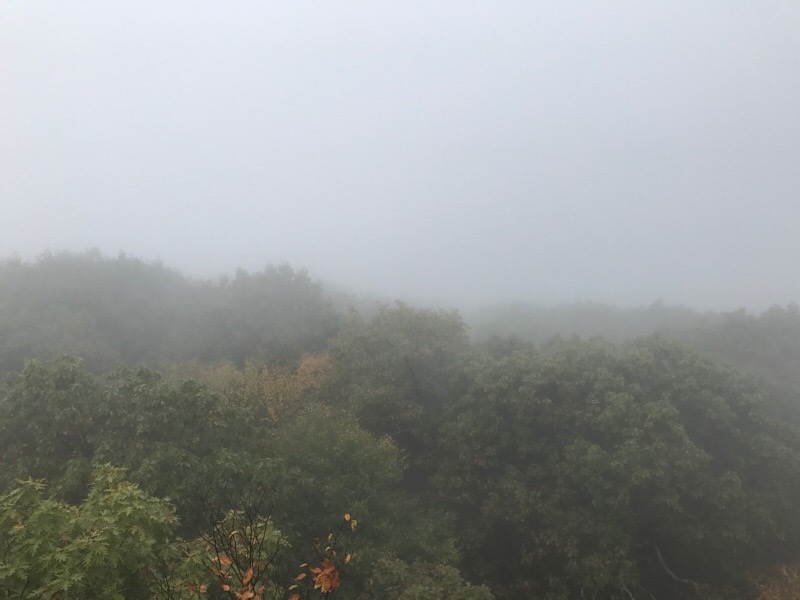 It was not until about 3pm that it lifted and I could finally see farther than a couple hundred yards. 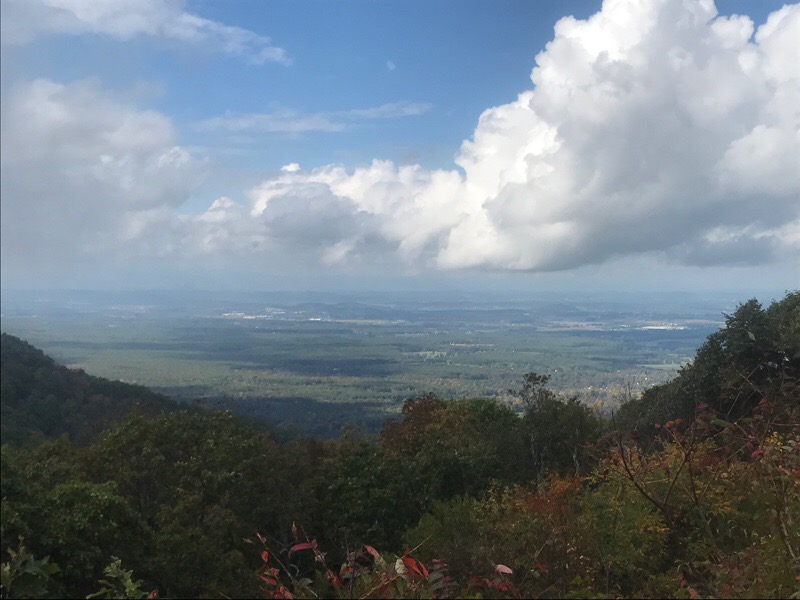 I met Hugh on the Blue Ridge Parkway. A gorgeous American byway! The Appalachian Trail crosses it a number of times. 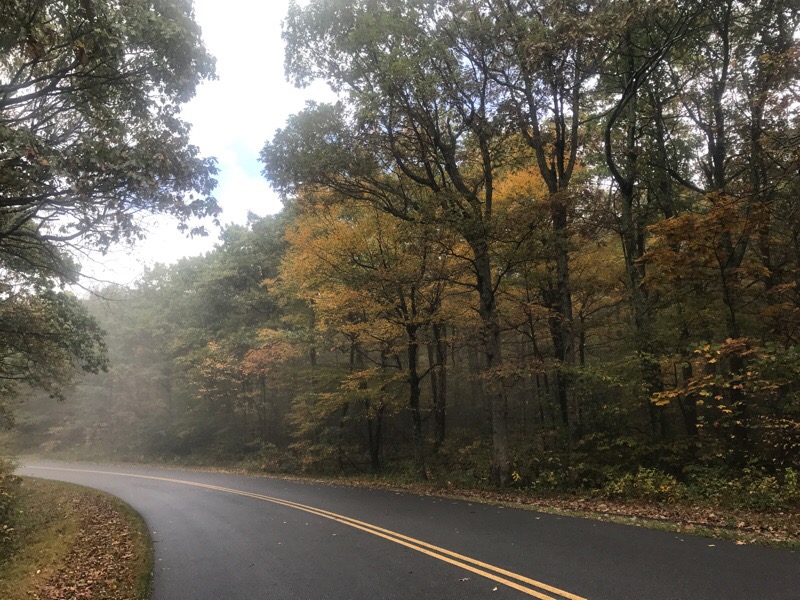 To be honest – today was hard. I am paying for not staying in “Trail” shape. Tomorrow is another long day 20+ miles. 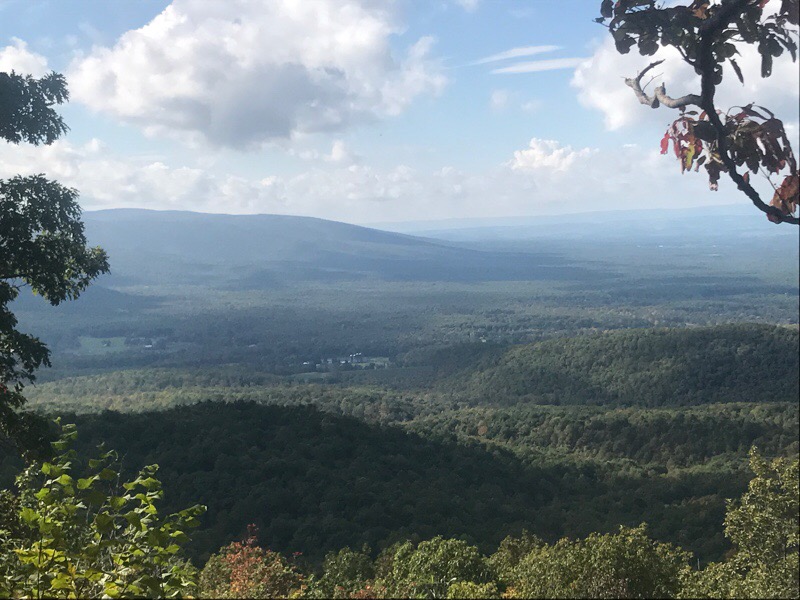 The mileage is determined by where Hugh can meet me or I would definitely be shortening my days. Alas not happening!