There must be more than this provincial life! – Belle (There is! I’m living it.)

Today I had a boat to catch!

The Kennebec River is in unfordable river. The canoe ferry ran between 9 AM and 2 PM, so we had to make the river by 2 PM. It was 20 miles away.

Between us and the river was the fairytale. Lakes so blue, Moss so green, skies that were perfect. All surrounded by mountain peaks that just put the The tiara on the princess in this fairytale.

They had wonderful boardwalks through the boggy areas. And with no rain the boardwalks we’re not slippery and we made good time. 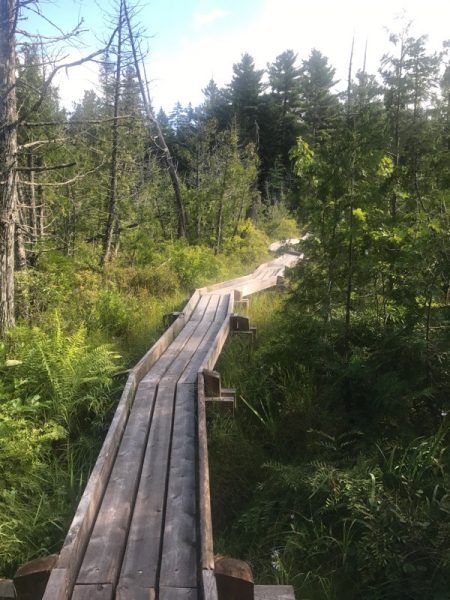 But the real jewel in this fairytale was the forest itself. It was simply stunning. You expected Snow White to be skipping down the trail followed by the dwarfs. Timeless and I kept telling to eat chowder what a beautiful hike. 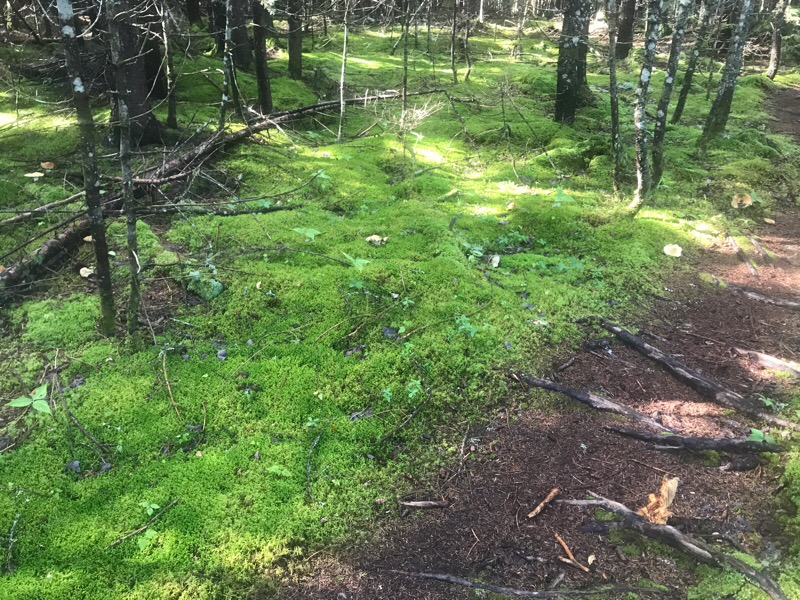 Then the trail led us to a beach on the lake. We took two minutes to Soak up the sun but that was all… We had a boat to catch. 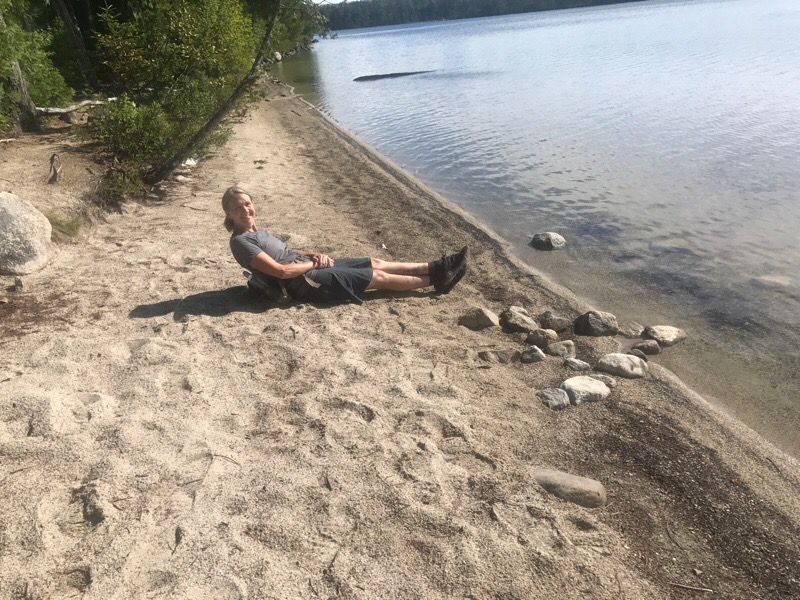 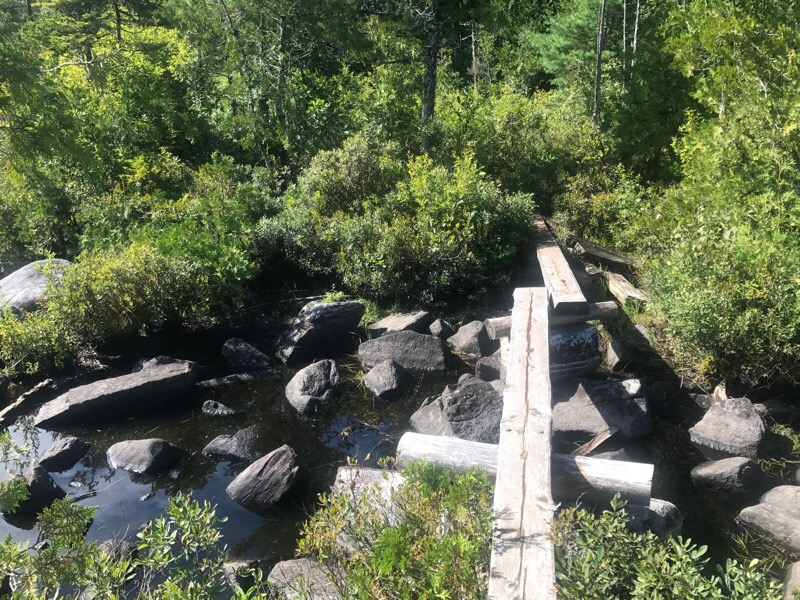 But I need to reiterate how absolutely beautiful but for us twice-it truly was a setting for a fairytale. 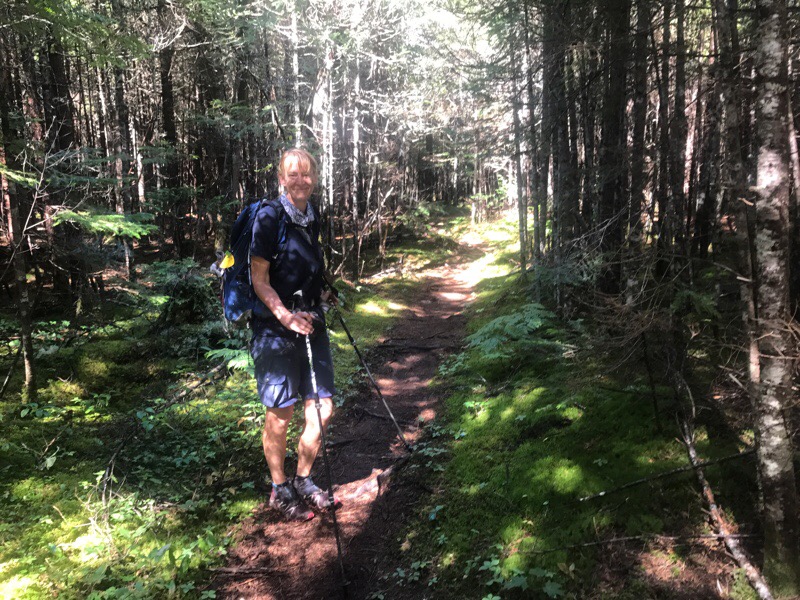 Then the trail took a turn and took us right up against the lake where it was dammed. We climbed over rocks and wood and then back into the forest we went.

Walking in the forest on a bed of Pineneedles was like walking on a cloud. I had a grin on my face all day long. It was a great day. 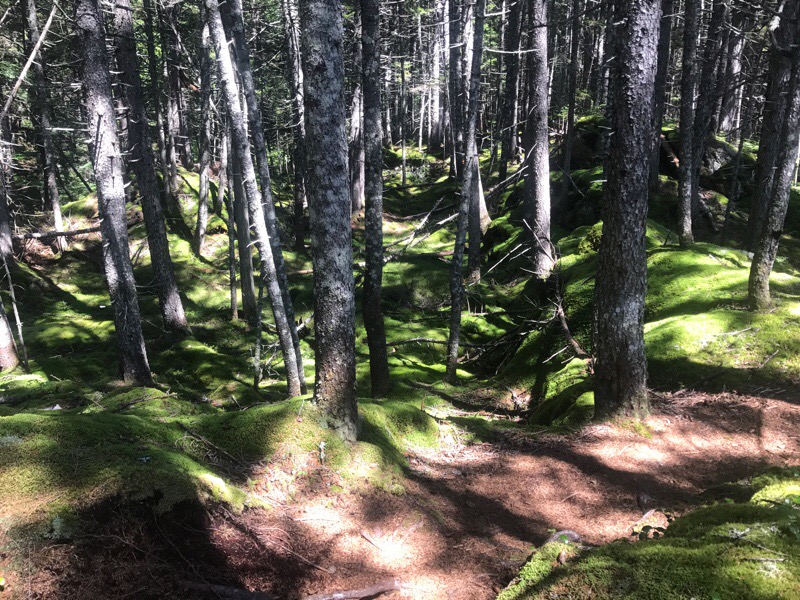 Then at the end we came to the Kennebec River. We held the ferry-which was a guy in a canoe-and caught a ride across the river. 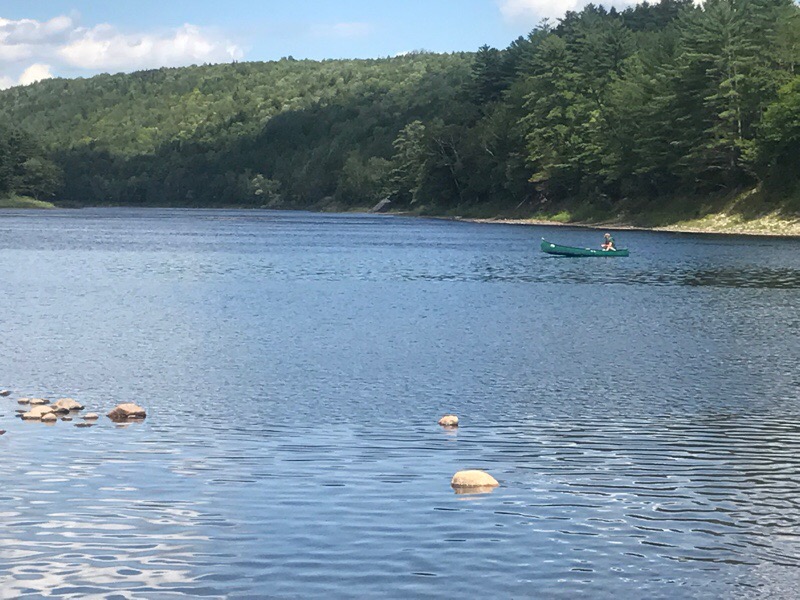 Dan the man was our canoe driver. 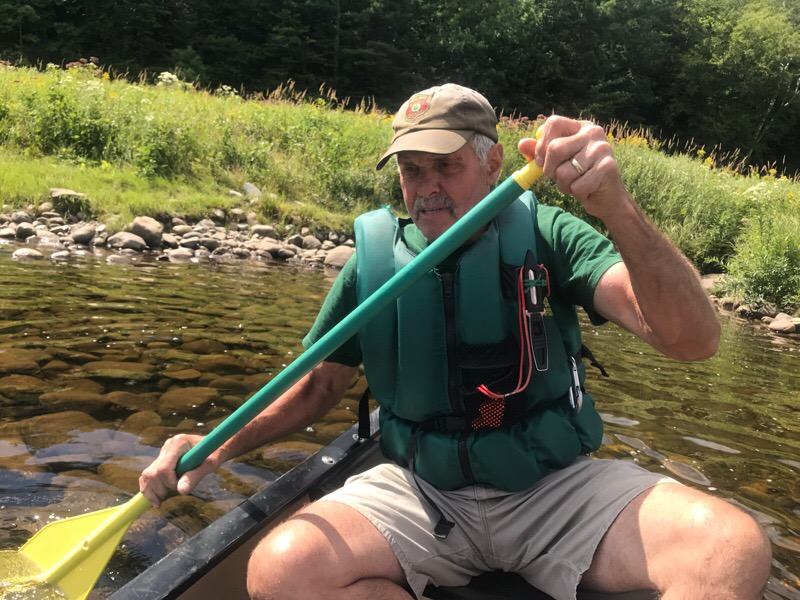 Timeless said in front of me and she also paddled. I just took a ride!