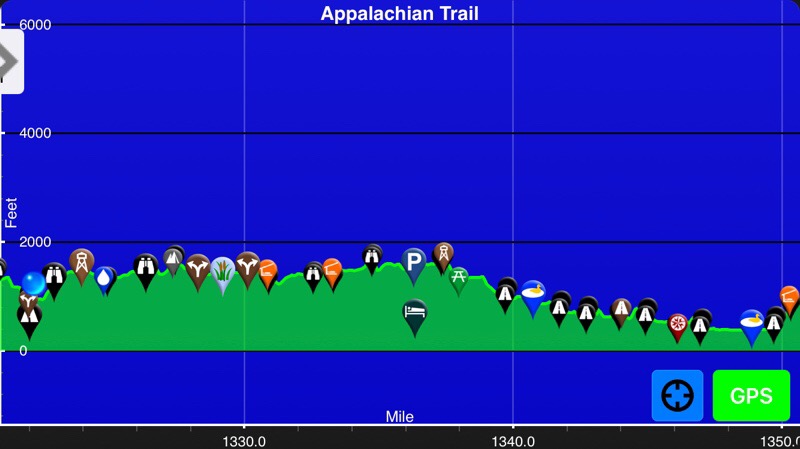 We did not get to park beside the trail, so got off to a 6 AM start. It was a chilly morning so I threw on an over shirt knowing that I shouldn’t do it. Sure enough within 10 minutes of hiking the shirt was off and I was caring it. 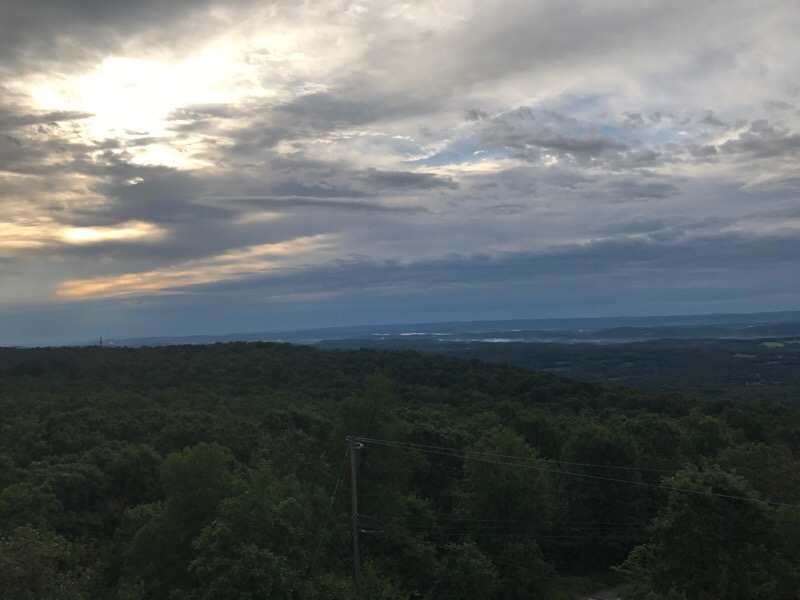 My first stop of the morning was Culver Fire Tower. It was like a little hobo village. 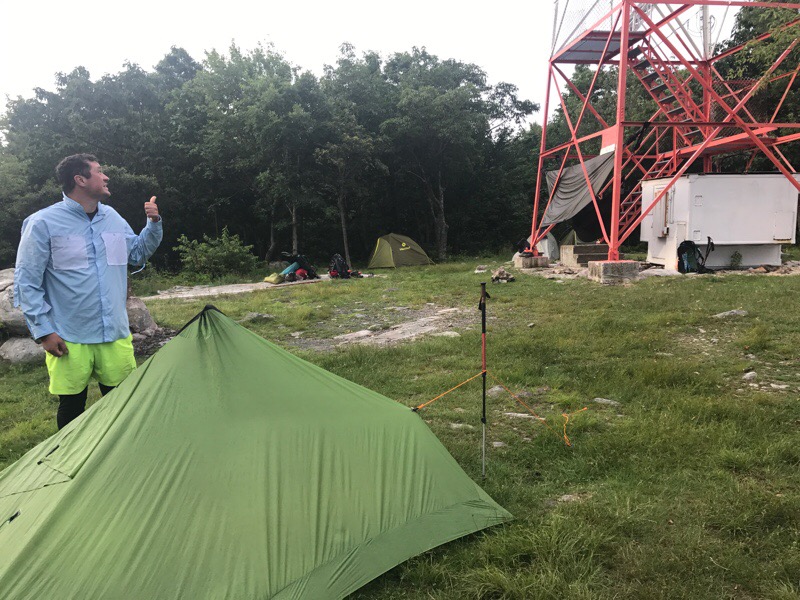 There must’ve been 12 thru hikers camped around the tower. One even hung his hammock on the tower. They were all just barely stirring so I very quietly climb the tower. 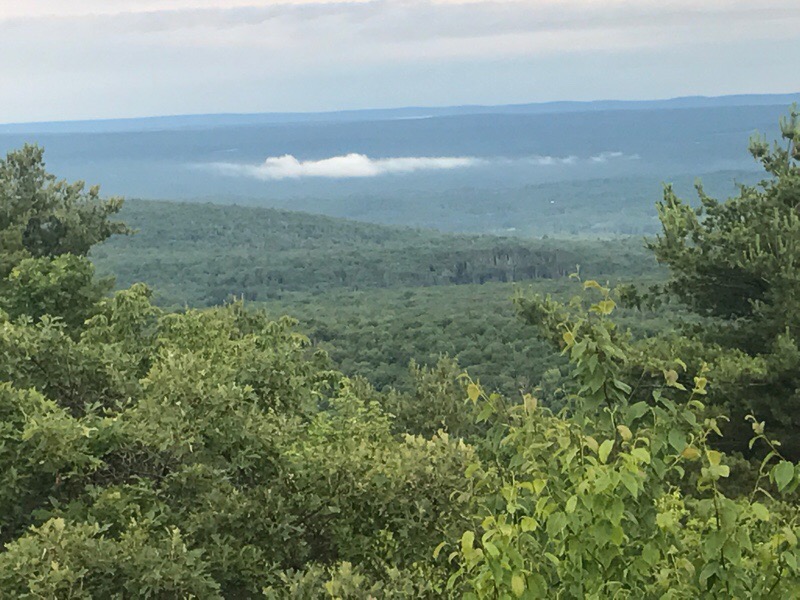 Then I went onto Sunrise Mountain. It was an easy sloping Trail not a hard climb. At the top there was a shelter of sorts open on all sides that made out of stone and wood very cool. 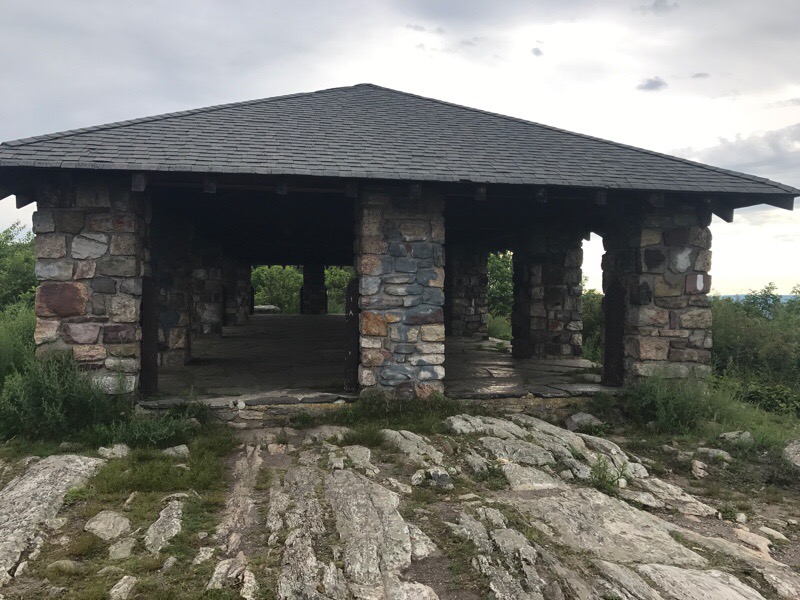 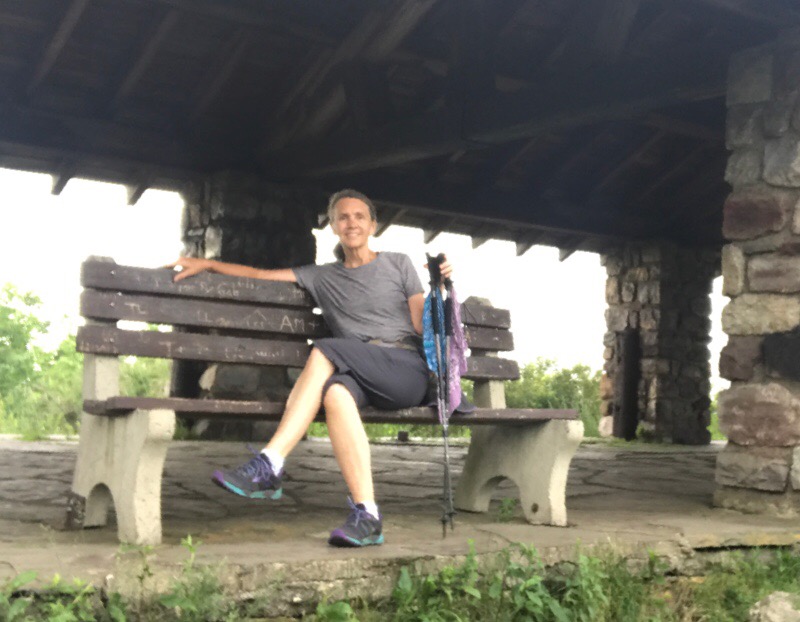 I do so like to see the clouds touching the mountains in the distance. 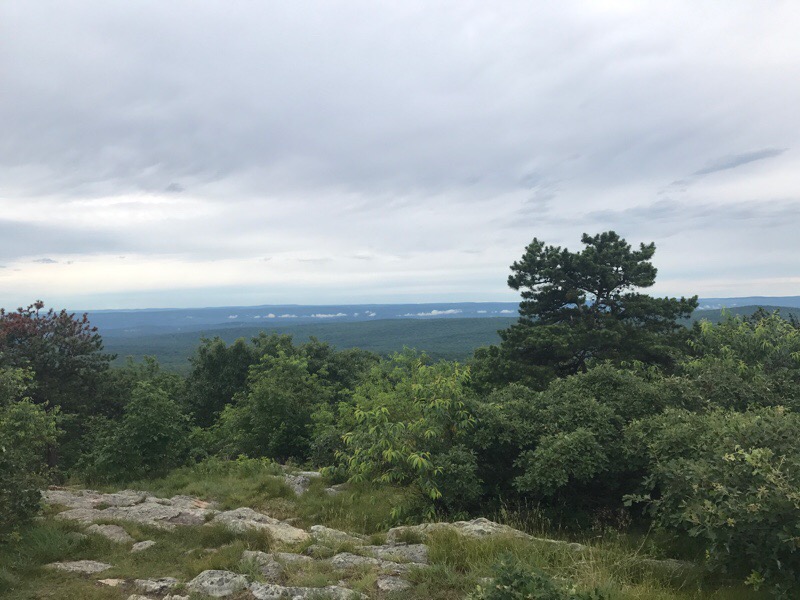 As I hiked down the trail I came across this rock wall. I love these! It makes me wonder how long they’ve been there, who put them up, was it a boundary. I want to know its story. 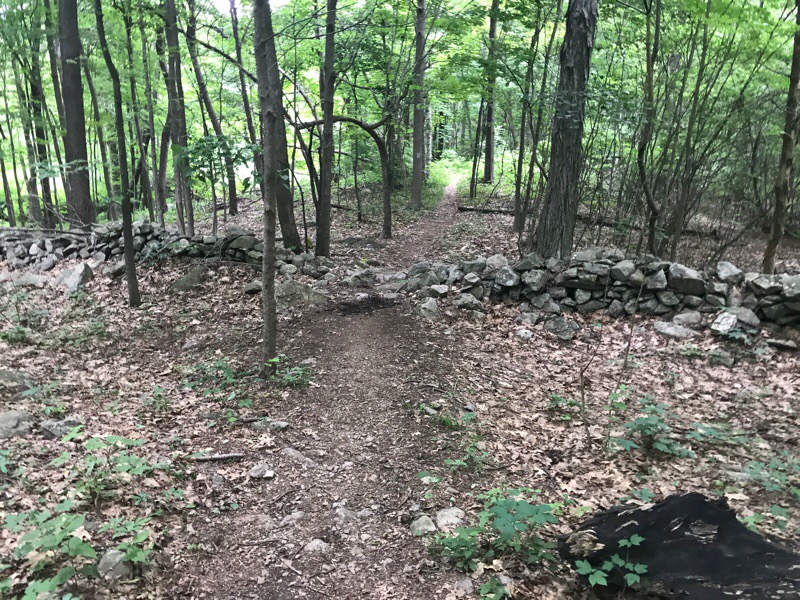 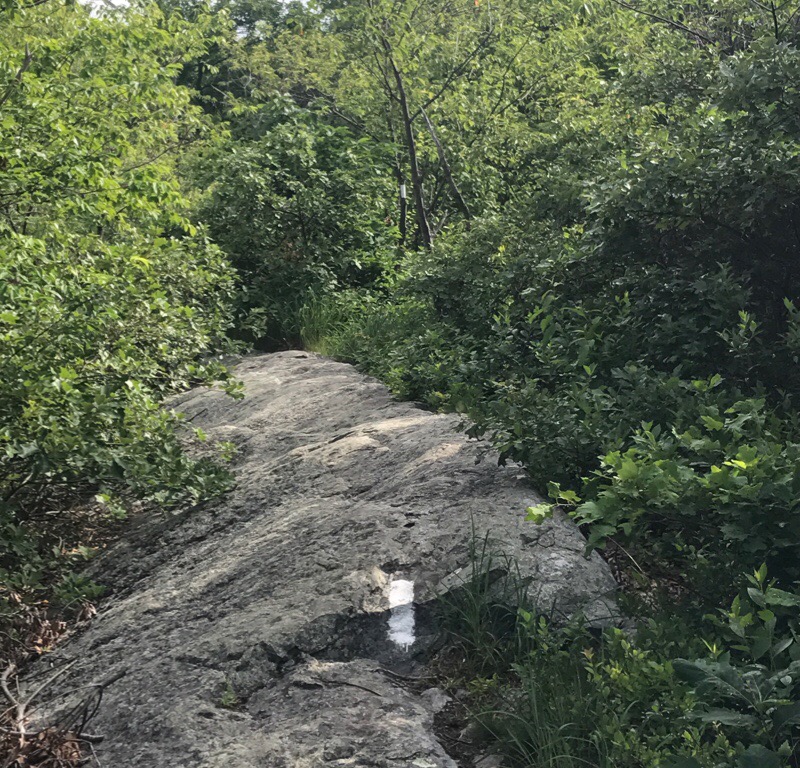 They are painted mainly on trees, but can also be found on rocks, bridges, if you’re going through town mailboxes, sidewalks, and any other surface that will lend it self to a white paint mark. 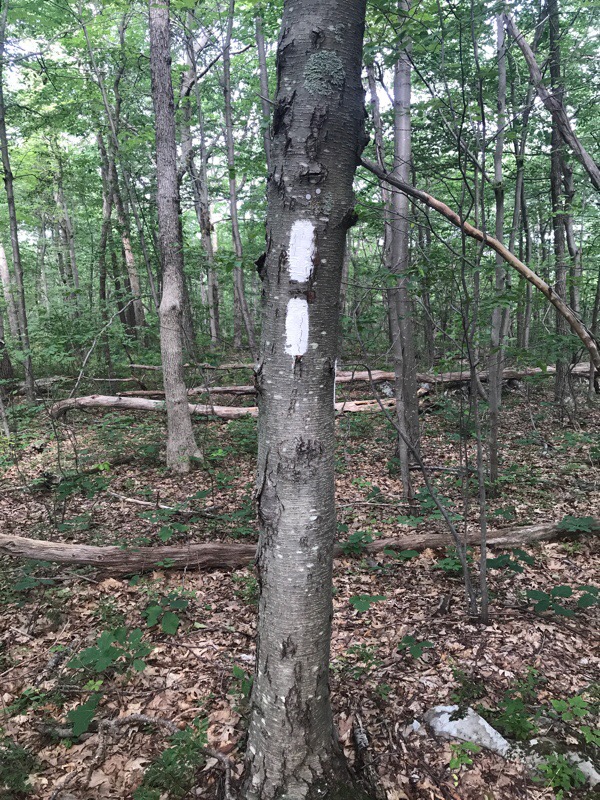 If there are two blazes painted together it means there’s a turn.

I haven’t shown a picture of a shelter in quite a while. Mainly because the shelters are about 3/10 of a mile off the trail and I see no reason to take the detour. But this one was sitting right next to the trail. Boy am I glad I have an RV now! 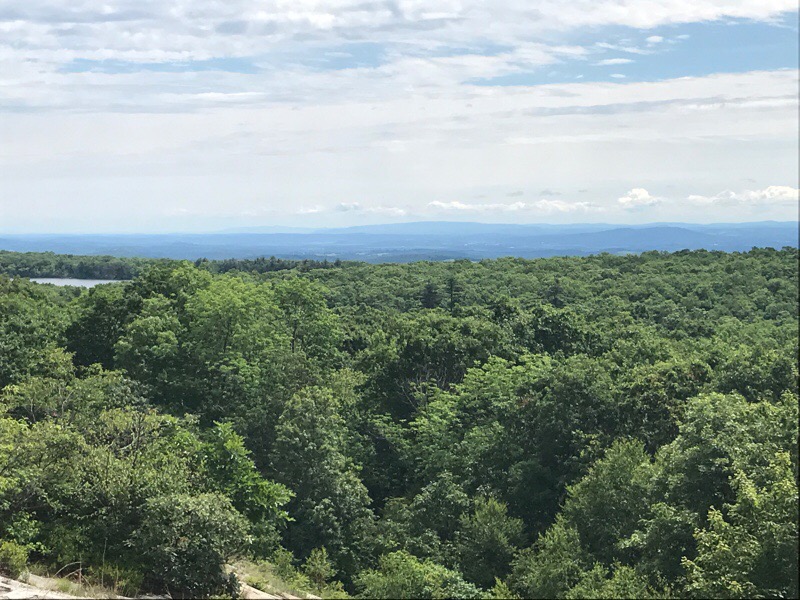 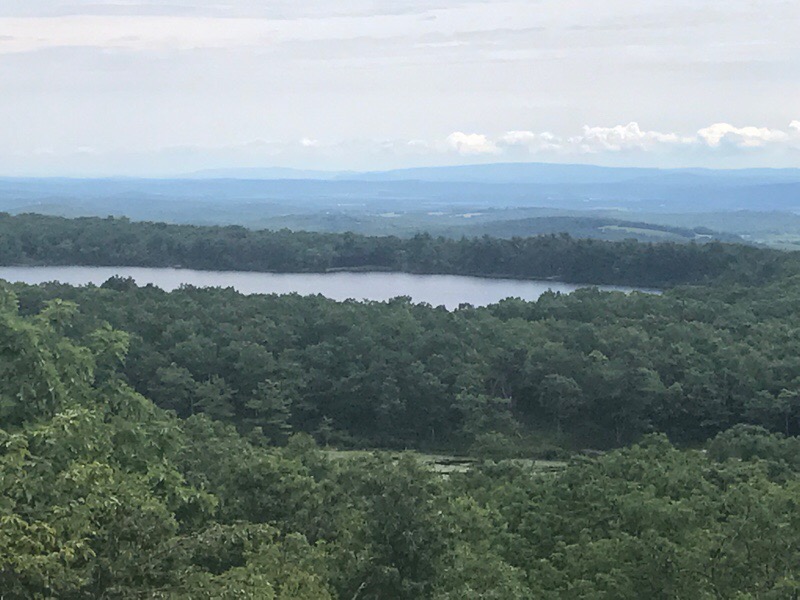 The views continued throughout the day and then I came along some trail maintenance that just made me stand in awe of the volunteers that make this trail walkable. Someone had moved this huge stones into this marshy area to allow hikers to pass without getting their feet wet – kudos to the volunteers.

Then I came upon an observation deck that had beautiful views of New Jersey and a war memorial built in 1930. 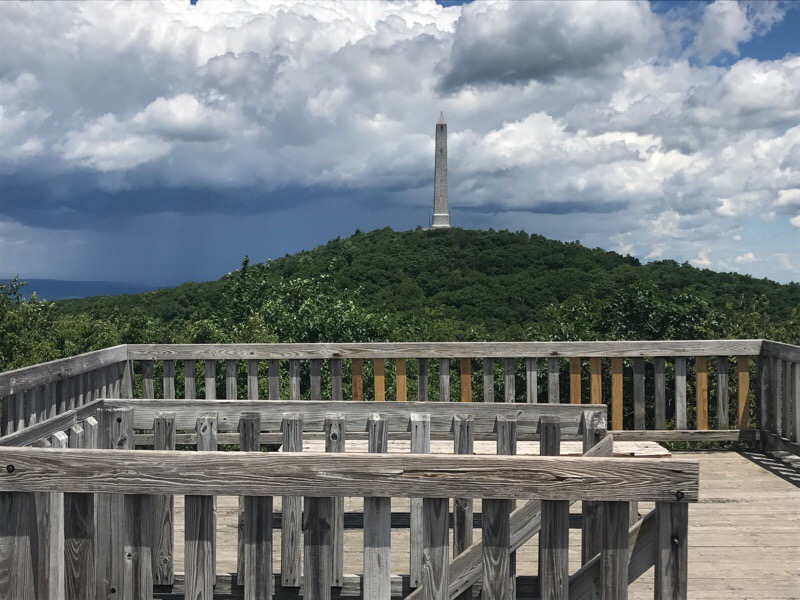 As I went through the forest of New Jersey time after time again I came across the rock walls from long ago. They fascinate me. 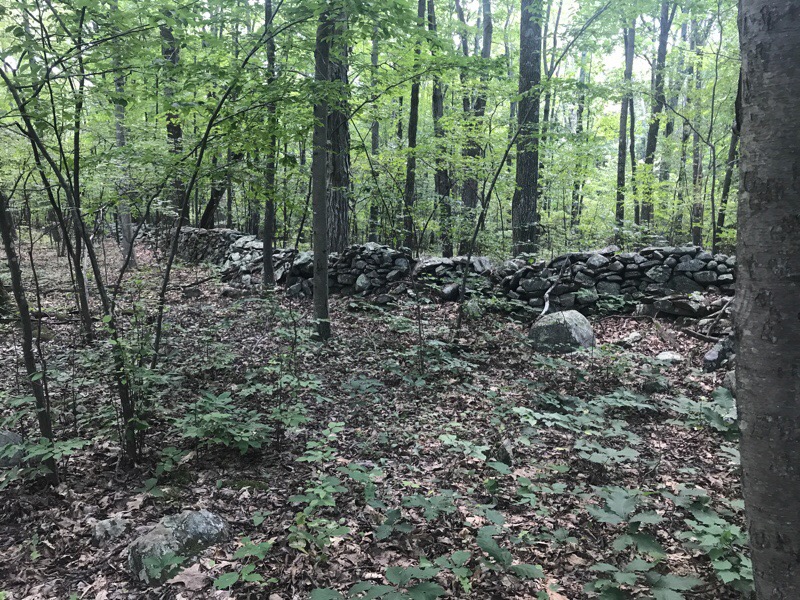 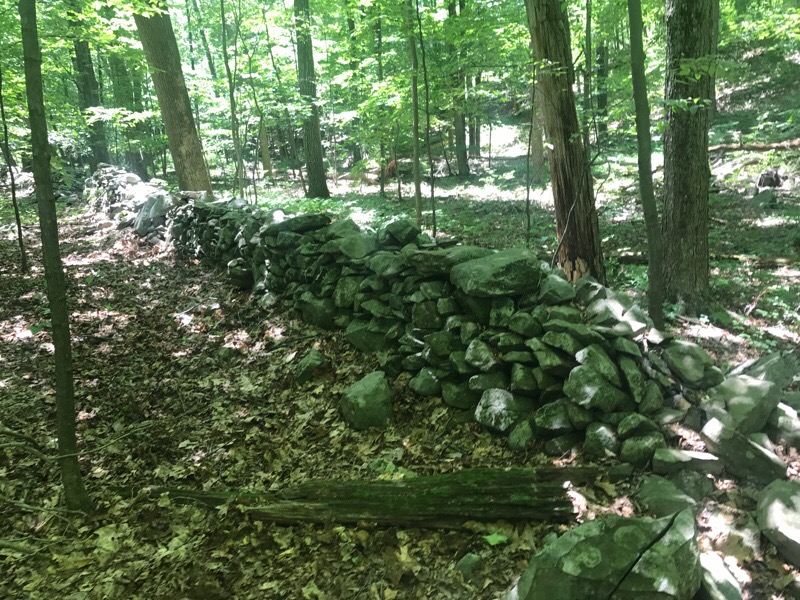 Then it was into pastures for a while. The way this trail weaves in and out of cities farmland and mountains it’s really quite something. 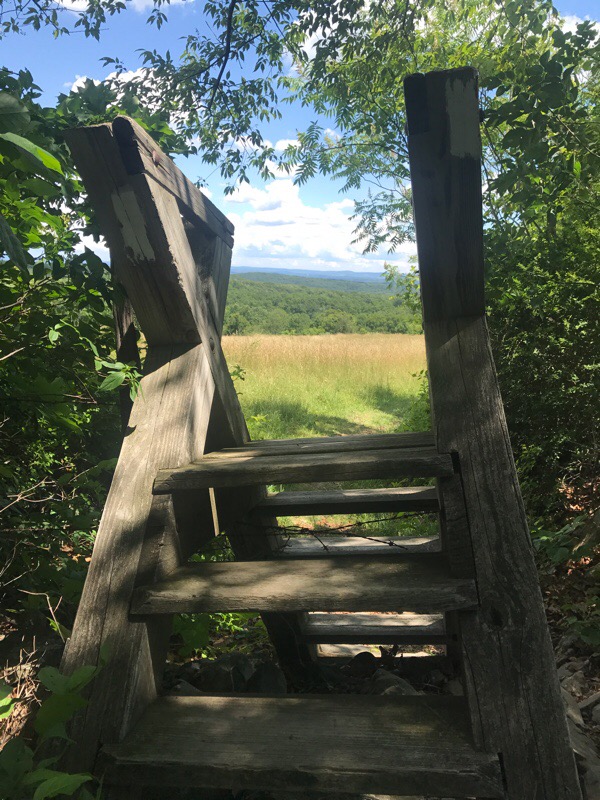 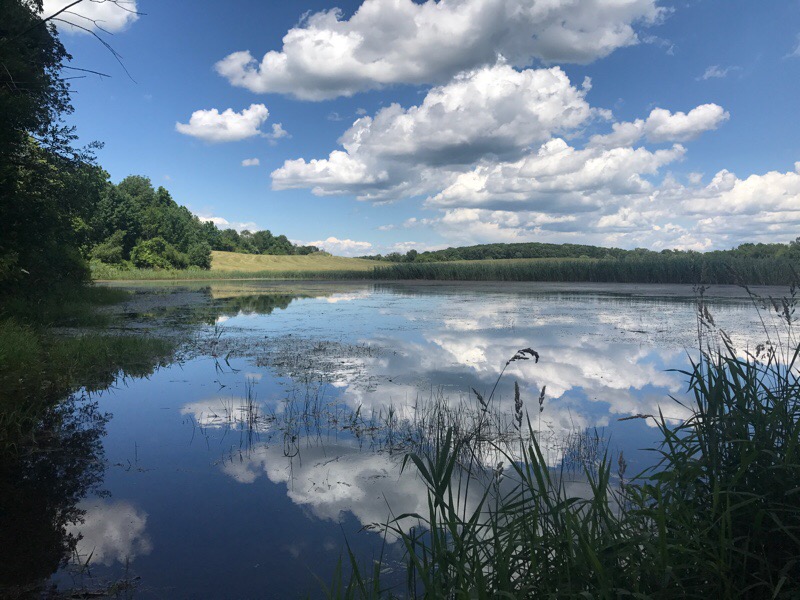 Then it was back into the forest. The trail leave it in and out of trees there was absolutely no straight lines.

Then I hit the New Jersey marshes. Almost the entire way through I was able to walk on boards and they’re done an excellent job of raising the trail so you don’t have to wade through the marsh. 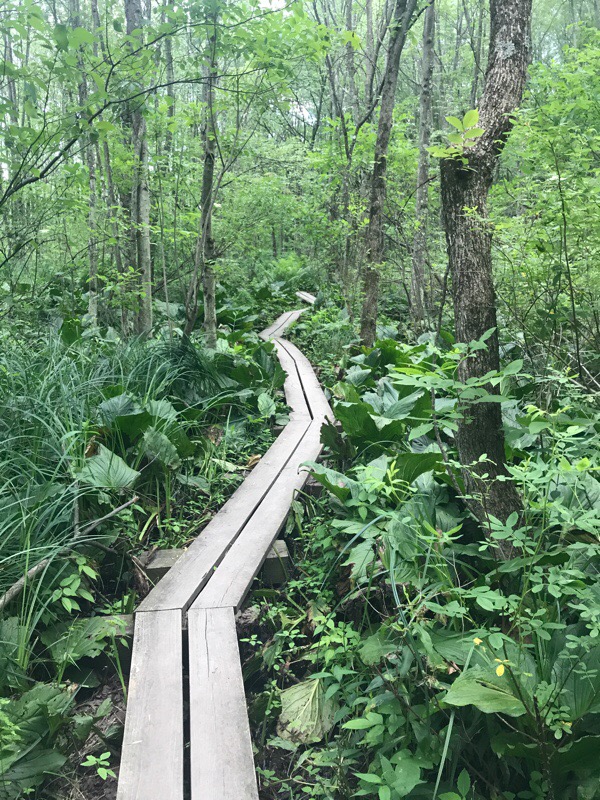 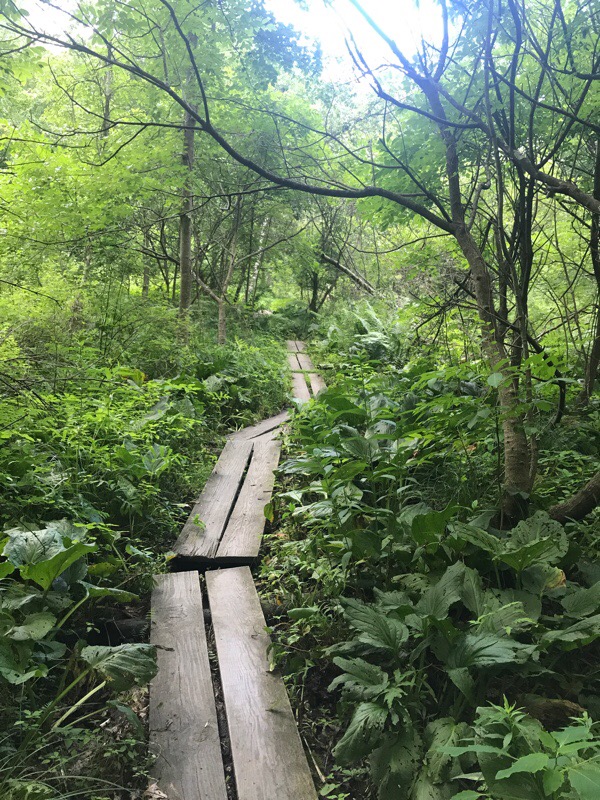 The clouds moved in and it got really dark and by the time I got to the road where Hugh was going to pick me up , it had started raining. If I could’ve literally been six minutes faster I would not have gotten wet.