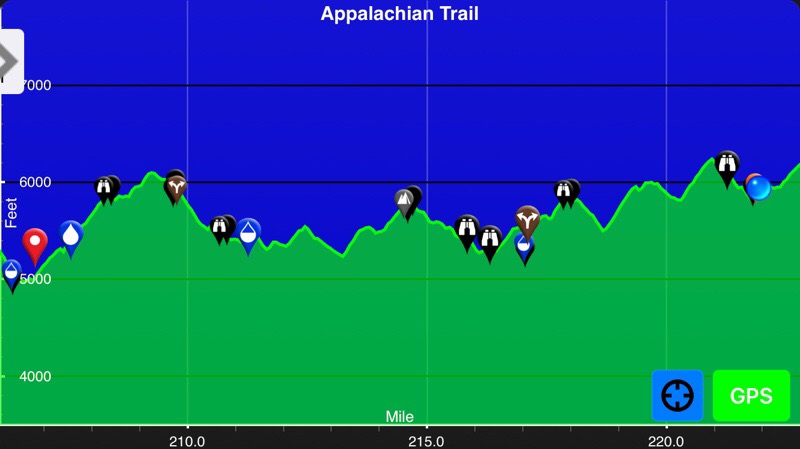 They opened Highway 441 so we were able to get out. Walked across the street from our hotel to a gas station and put our thumbs out. JB stopped almost immediately to give us a hitch. He was from France!

He is over here doing some work and wanted to hike this morning, so he gave us a ride to Newfound Gap.
As you can see by the sign the Appalachian Trail stays close to the border of Tennessee and North Carolina. It switches back-and-forth constantly. 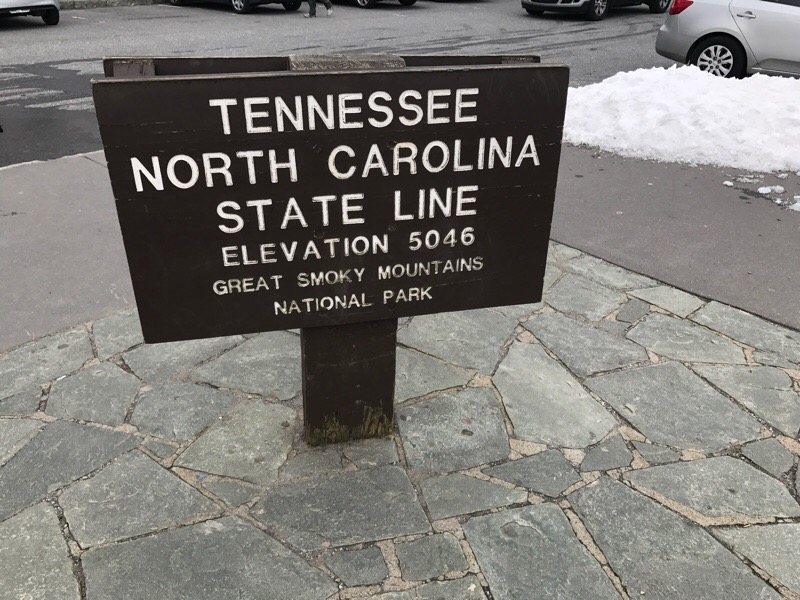 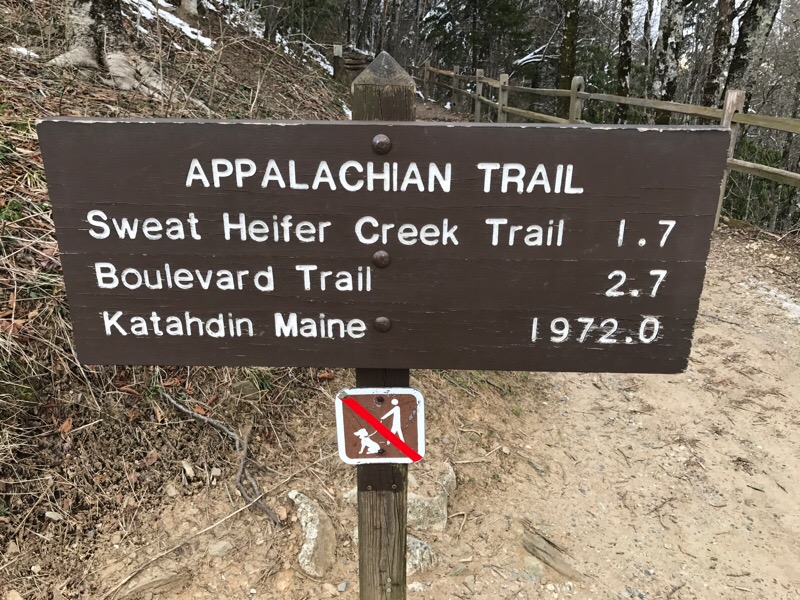 Although 15.1 miles does not seem that far, this was a hard hike today. The trail had ice all over it. Each step was precarious. It made the hiking slow going and twice as hard. 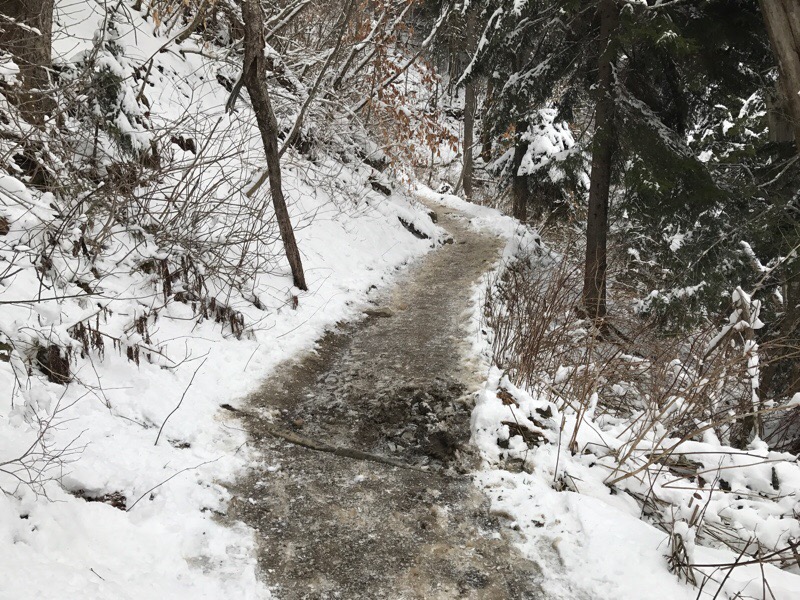 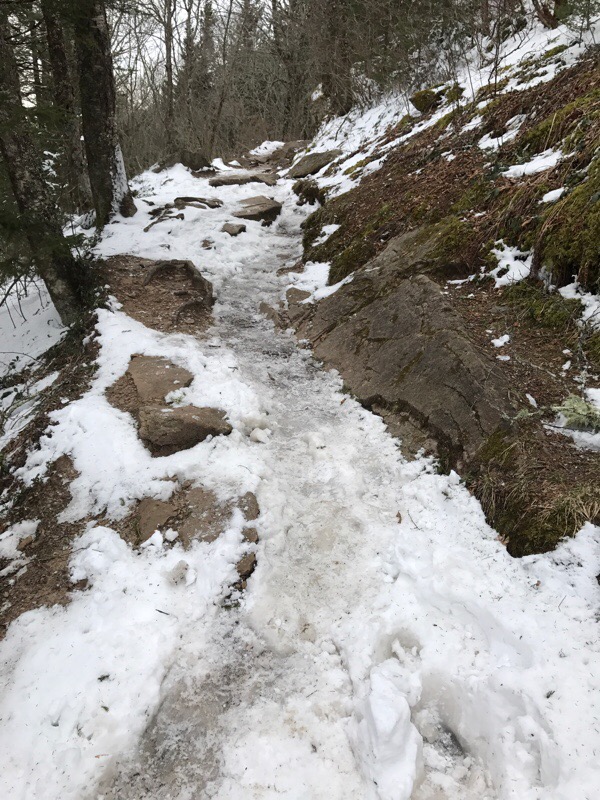 But oh my goodness! The views today were outstanding. And they just kept coming. 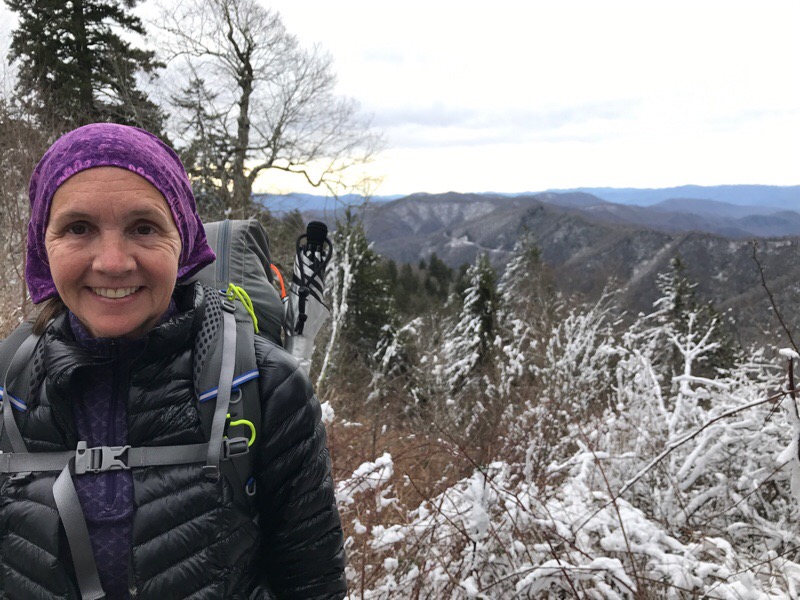 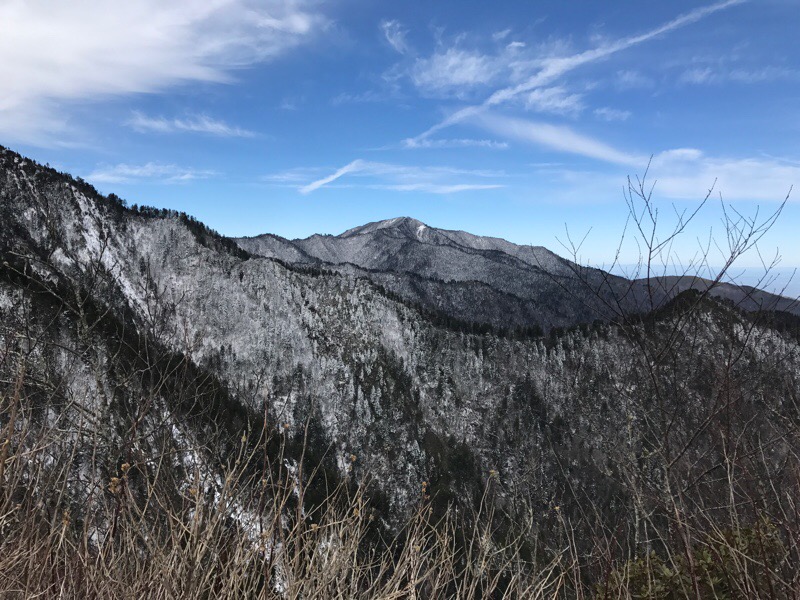 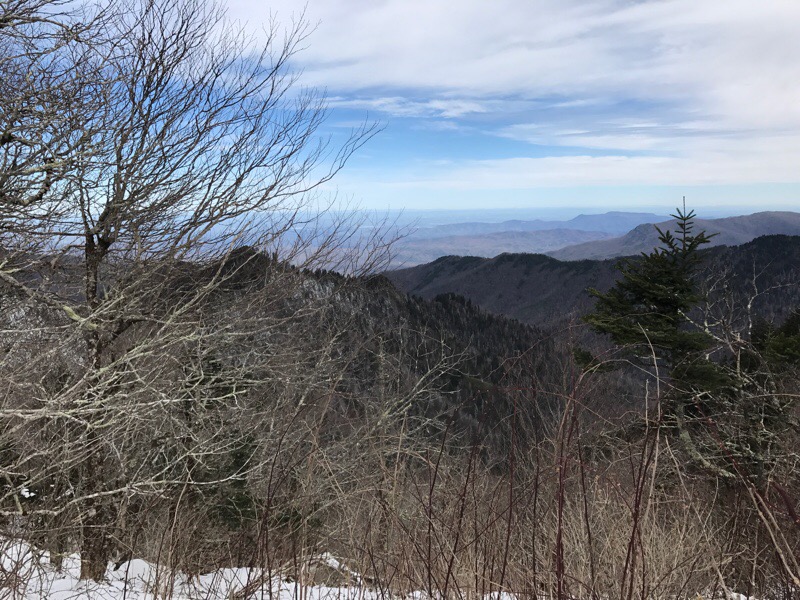 The higher we hiked up the more snow we encountered. All I could think was thank goodness we started a little later than normal so someone else had to find the trail for us. But at times it was difficult to see which way the trail went. I’ve said it before, the Smoky Mountain National Park does a lousy job of marking the trail. Once we went about 50 feet the wrong way. 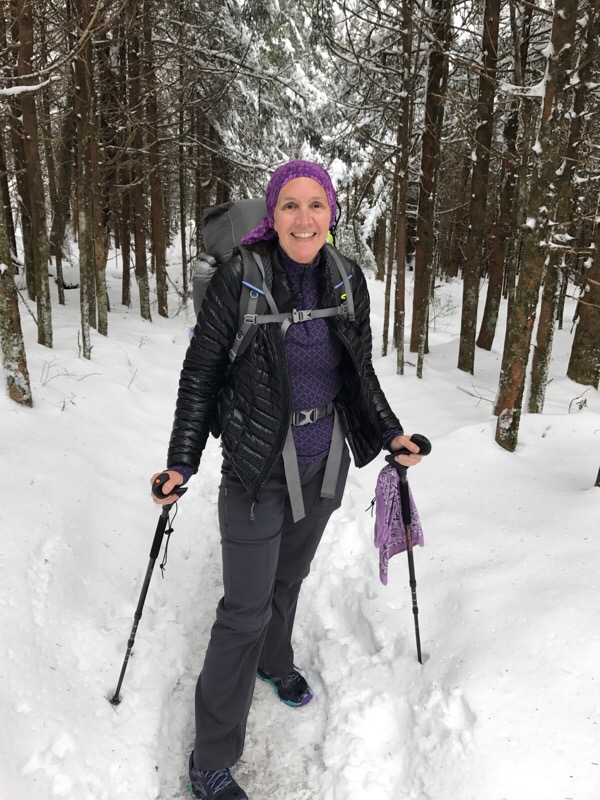 The trees look like something off of a Christmas card. They were all perfectly trimmed with snow. 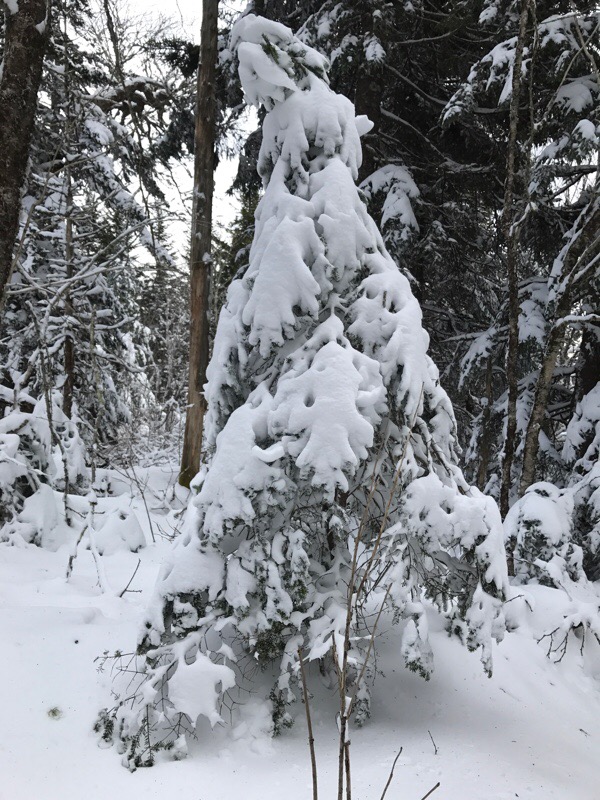 And the views just kept coming. There was one side trip we took to Charlie’s Bunion (love the name). This was the sign. 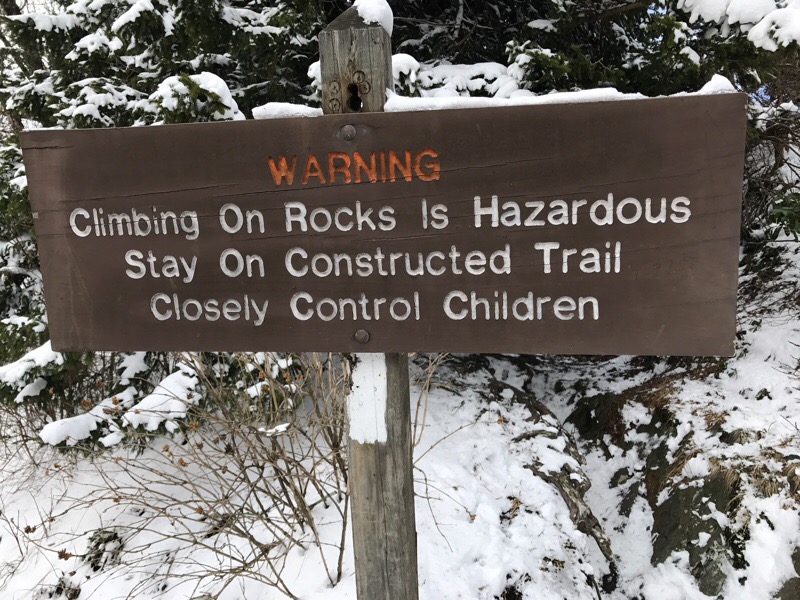 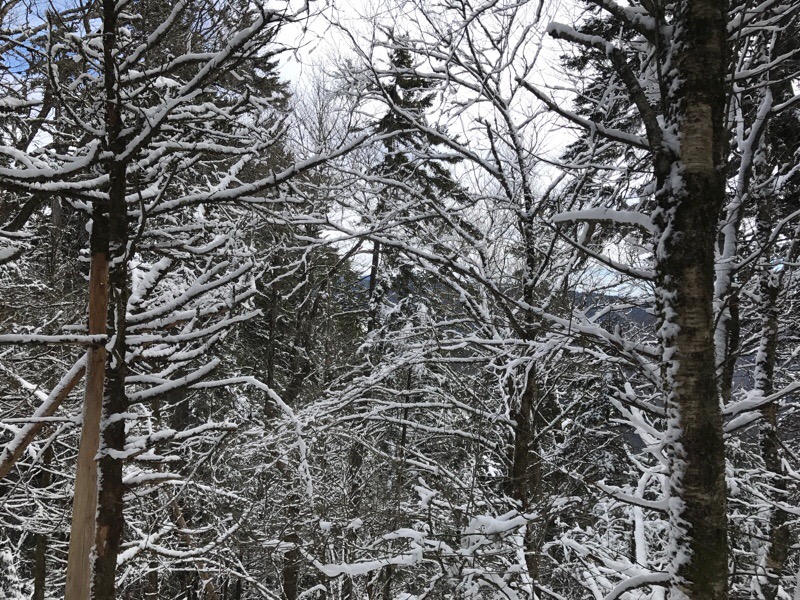 Toward the end of the day the trail was getting slushy which meant very wet feet. 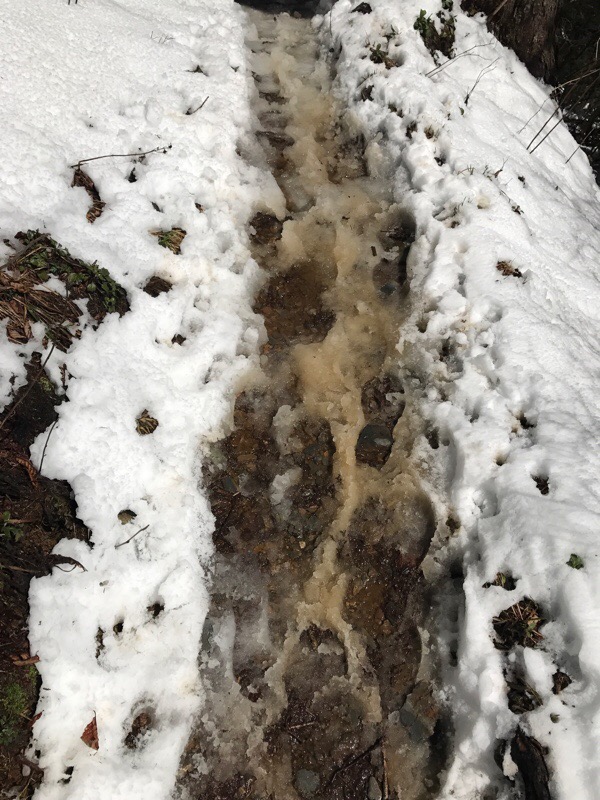 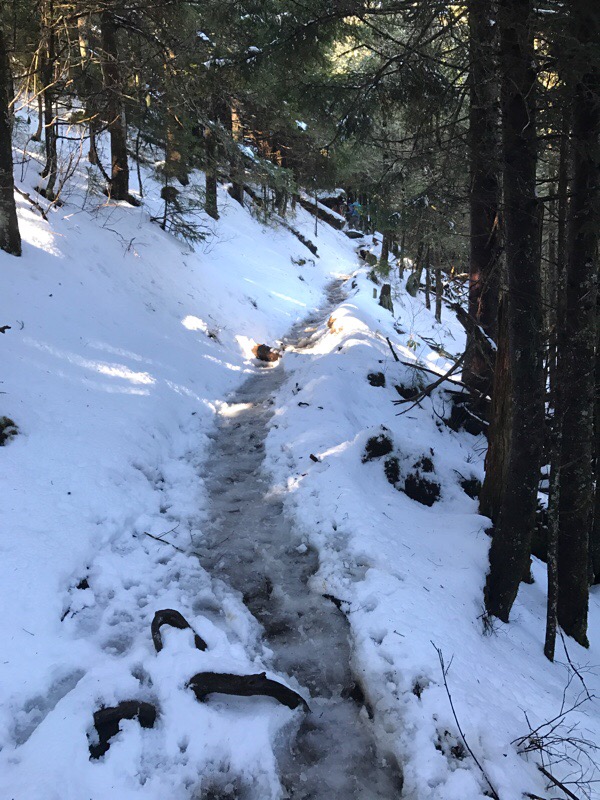 I arrived at Tri-corner Knob shelter around 6 PM – very cold and tired. I then had to set up a tent on a foot of snow. Just so you know – snow is not soft! Again since the park does not allow you to camp anywhere other than the shelter, it was a small city! And getting there so late, made finding a campsite very hard. I camped on a side of the hill and wedged the snow down so I did not slip and slide.

I put it on pretty much everything I had -gloves, hat, coat, two pairs of pants, then climbed in my sleeping bag and was asleep by 7 PM.